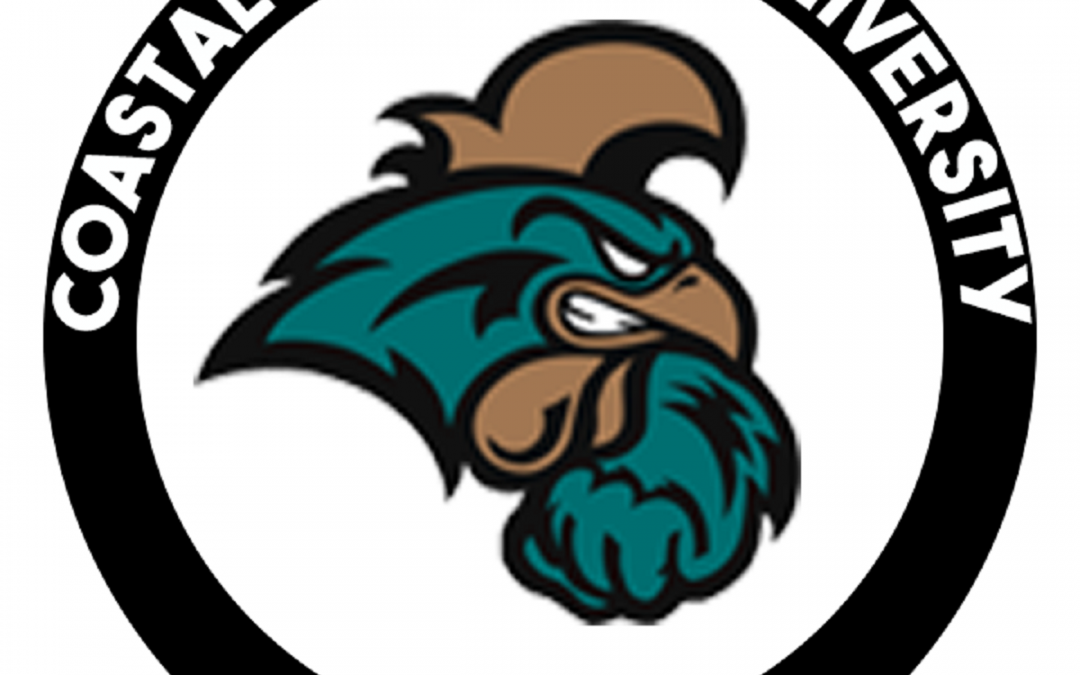 The Coastal Carolina Chanticleers kicked off their 2022-2023 campaign this past weekend with two hard-fought wins against a much-improved App State team at the Wilmington Ice House in Wilmington, NC.

On Friday September 23rd, the Chants fell behind early and trailed 3-1 at end of the first period before mounting a ferocious comeback in the 2nd and 3rd periods while shutting down the App State Mountaineers. Goals from rookie Luke Suhesky and sophomore Liam Walsh got the Chants within one goal before senior and team captain Luke Krupa made a tremendous individual effort in stealing puck along the left wing boards cutting into the slot and ripping a wrister to tie the game at 3-3. Then Logan Westerfer sniped a short-side top shelf wrist shot off a feed from Luke Kilduf to take the lead with two minutes remaining. The Chants wound the clock to take a 4-3 victory!

On Saturday September 24th, the Chants once again fell behind early and trailed 3-1 heading into the 3rd period so they had to cue up another dramatic comeback. Logan Westerfer got the Chants within one with a rebound in front and then with goalie Trent Labrecque pulled for an extra attacker, sophomore Dylan Stahl knocked home another rebound in front to tie the score and send the game into overtime. The 4 on 4 overtime period saw each team get several chances before sophomore Owen O’Brien gained the zone wide down the left wing and left a beautiful drop pass for Captain Krupa who dropped a bomb from the top of the left circle into the top right corner of the net to seal the Chants victory with just 31 seconds left in the OT.

“This team never ceases to amaze me, remarked Head Coach Grant Williams. “I told them both nights that we’re not going to lose these games. This team never panics and never gives up. These were two huge division game wins to start the season. Hat’s off to App State but we found a way to get these two W’s.”

The Chants have added 16 new players to the team this season to mix with a great core of experienced veterans which should lend itself to a great season and future seasons.

The Chants next game is Friday September 30th at 10pm vs. local rival UNC -Wilmington at the Wilmington Ice House. Buckle up, it should be a great game.